After Val and I decided to create “Hey, Girlfriend!”, we needed a logo.  Valerie said we should do two girls arm in arm.  I could instantly visualize what she had in mind: two sassy friends, walking arm in arm with the posture of laughter and a trusting friendship.

I sketched the following ideas to see if this was the sort of feeling Valerie imagined.  She responded encouragingly. 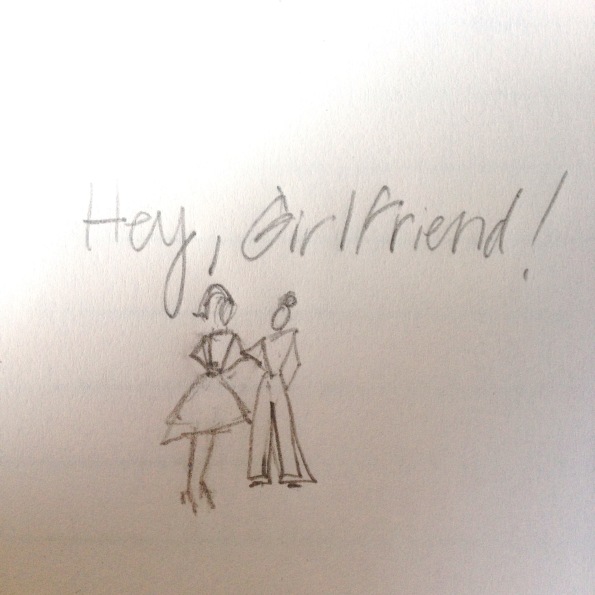 The sketches were far from perfect, but we wanted some examples to send to our graphic designer, along with some examples of actual logos we liked.

Our graphic designer sent back some quick ideas… 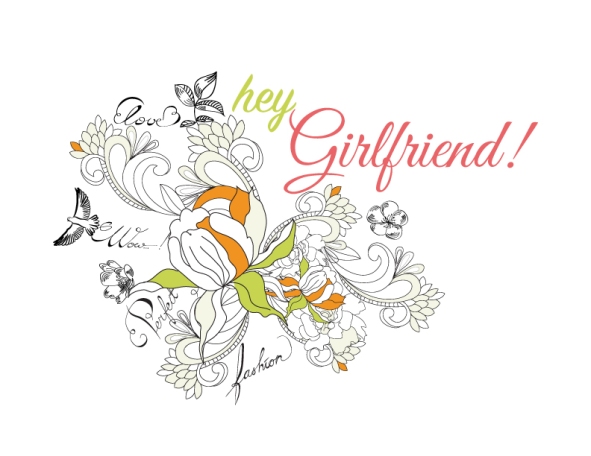 None of the logos captured the essence of our silliness.

So I drew this: 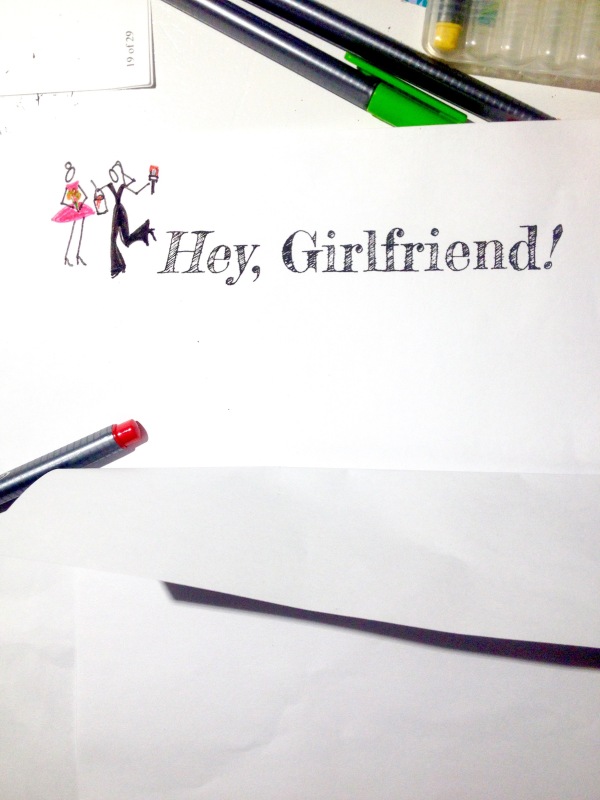 Our graphic designer turned it into this: 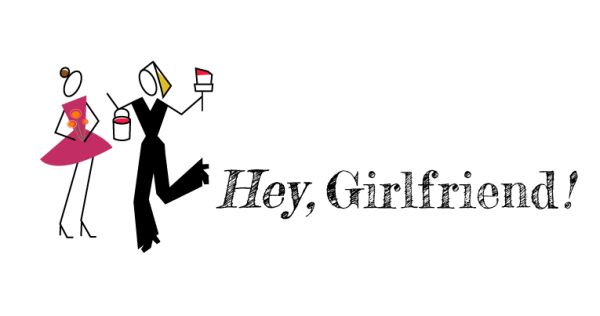 It was better, but what happened to the dripping paint?  The hips were boxy and that ponytail was unfriendly!  I swished a curlicue ponytail over a whited out copy of the angular ponytail.  Then I rounded out the hips and drew a prettier neckline on the black jumpsuit.   When we were satisfied, I took a picture with my phone and emailed it back to our graphic designer. 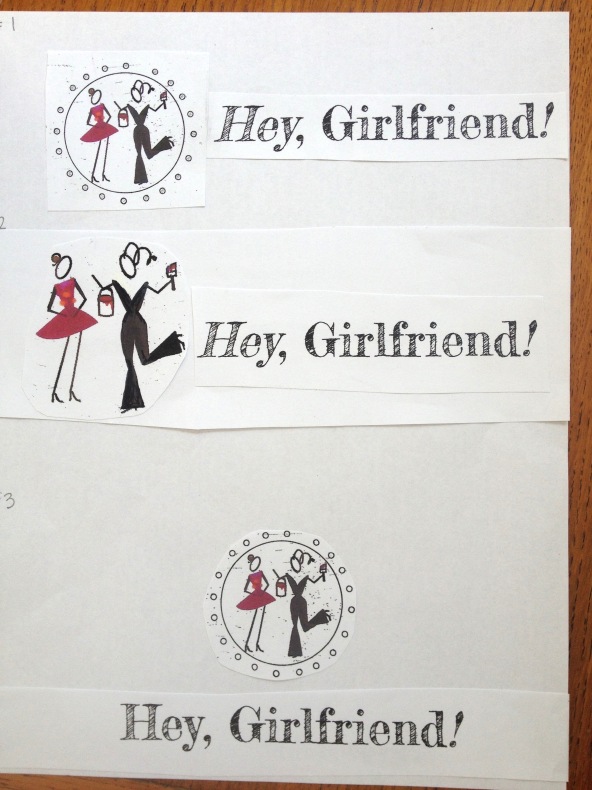 This is what our graphic designer gave us:

We liked the girls above, but they didn’t resonate with us.  So we re-submitted several renditions of my last drawing; each time with subtle refinements.

And finally, this is the one that stuck!

12 thoughts on “The creation of our Logo”