I prefer romantic gardens.  I never considered thorny, prickly plants as romantic… that is until we bought a house, in Southern California, with a large happy cactus in the backyard.

The cactus was several feet tall and appeared to have been planted decades before.  It was one of the first things I intended to get rid of, but then it blossomed and I decided to wait until its beautiful and gorgeously fragranced flowers were gone.

I didn’t realize that even though our first gardeners brutalized the plant with their weedwacker and I never watered it or gave it plant food, it would prolifically blossom for all of the years we lived there.

I began to adore that cactus and tried to capture the beauty of its flowers by photographing them, in spite of the fact that they almost only appeared at dark.  I tried cutting the blossoms and using them for arrangements in the house, but they would wilt before the day’s end.

A beautiful fragrance to freshen the bathroom air!

At night, the cactus flower fragrance would waft through our open doors and windows, serenading our senses as it wove its way through the house.

I began to have sympathy for the ugly duckling plant with a beautiful heart (the flowers).  Eventually, I started weeding and feeding it.  I regularly stuck and stabbed my hands on its thorns, in order to keep the grass and debris from over taking its base and gave it a good watering from time to time. 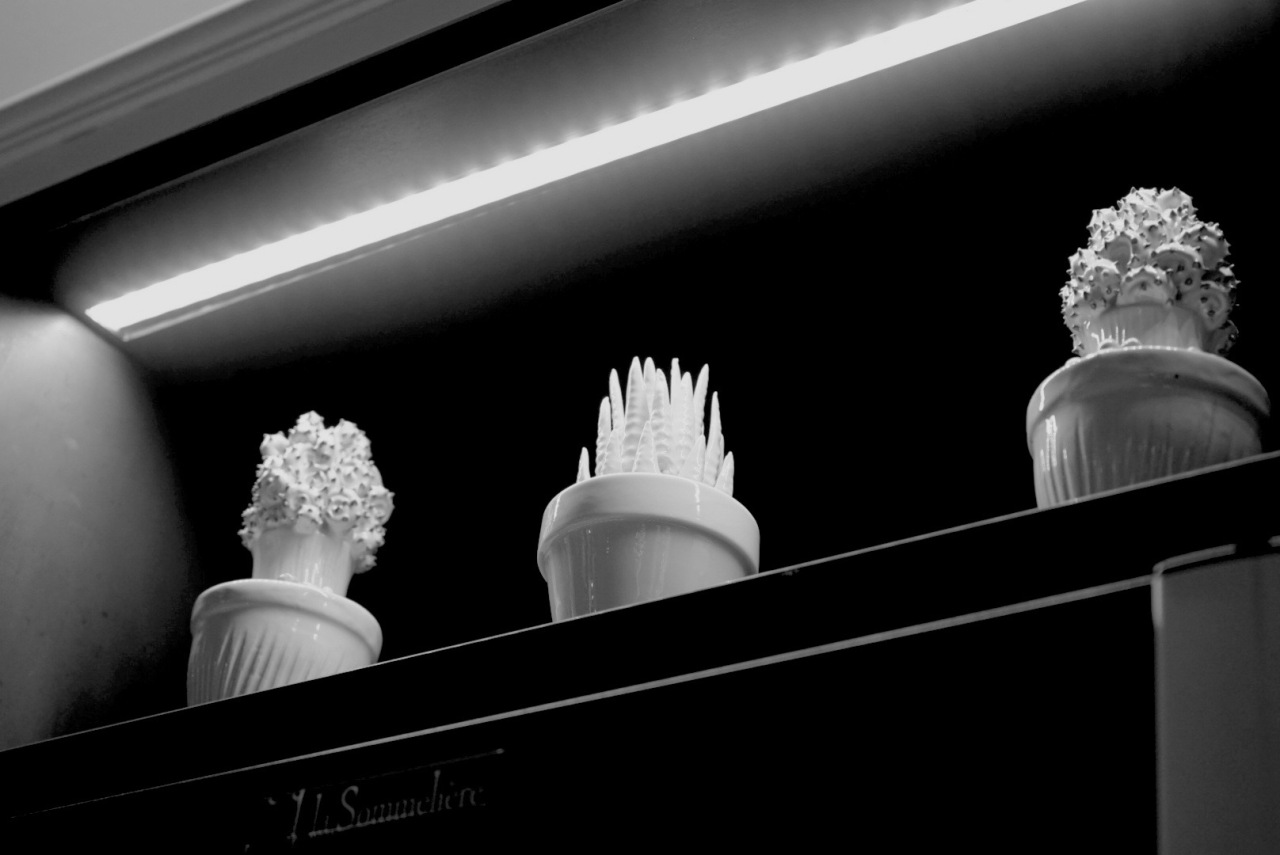 During the past year, I have noticed a cactus accessory trend in two places I would least expect.  I saw cactus figurines and pillows in Paris and Hong Kong.  I also spotted a girl in Hong Kong wearing a tee shirt featuring a cactus screenprint.

Arizona Souvenir. A gift from one friend to another.

A not so attractive prickly cactus with glorious flowers

Moral of the story:

You can’t judge a book by it’s cover!